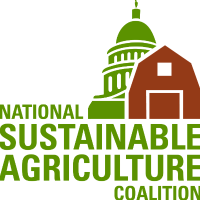 Press Release: Executive Order Delays All Pending Rules – On Friday, January 21, the Trump Administration directed agencies to delay by 60 days all new rules that have yet to be implemented. The delaying of new rules is relatively normal for an incoming administration and is meant to allow a better review of those rules that have not yet gone into effect. Included amongst the delayed rules are the “Farmer Fair Practices Rules” (FFPR), also know as the “GIPSA rules.”

How Sustainable Agriculture Advocates Can Take Action in 2017 – With a new president and new Congress recently sworn in, farmers and sustainable agriculture advocates around the country have been asking: What does this new Administration and Congress mean for agriculture and food policy? How can we most effectively continue to advocate for sustainable changes? We’ve prepared this roadmap blog post in order to get you ready for a busy year of advocacy and organizing.

Organic Animal Welfare Final Rule – What it Says and What’s Next – Animal living conditions and well being have long been a key component of organic livestock production systems. However, inconsistencies in organic livestock and poultry production standards have emerged in recent times, causing confusion in the organic marketplace. Thus the organic community has been working to provide greater clarity through a National Organic Program rulemaking process. The long awaited final Organic Animal Welfare rule was published on President Obama’s last day in office, with an effective date of March 20, 2017.

Growing Demand for FSA Loans in 2016 Shows Importance of Credit – FSA loans remain some of the most important tools farmers can access to start, grow, or maintain their farming business and deal with agricultural, economic and government-based instability along the way. Recognizing the importance of financing for land and operating capital, the United States Department of Agriculture’s (USDA) Farm Service Agency (FSA) offers two critical loan programs to meet the credit needs of farmers. In this post, we have compiled a year’s worth of overview and analysis of the FSA loan program in order to better understand demand and usage.

This entry was posted in Livestock. Bookmark the permalink.